Henryk Mikołaj Górecki, the great Polish composer (1933–2010), was internationally renowned for his symphonies and chorals. The term "spiritual minimalism" is often used to describe his works. According to Wikipedia, spiritual minimalism was

a term used to refer to a number of late-twentieth-century composers of Western classical music, whose works are distinguished by a minimalist compositional aesthetic and a distinctly religious or mystical subject focus.

Back to the poster... 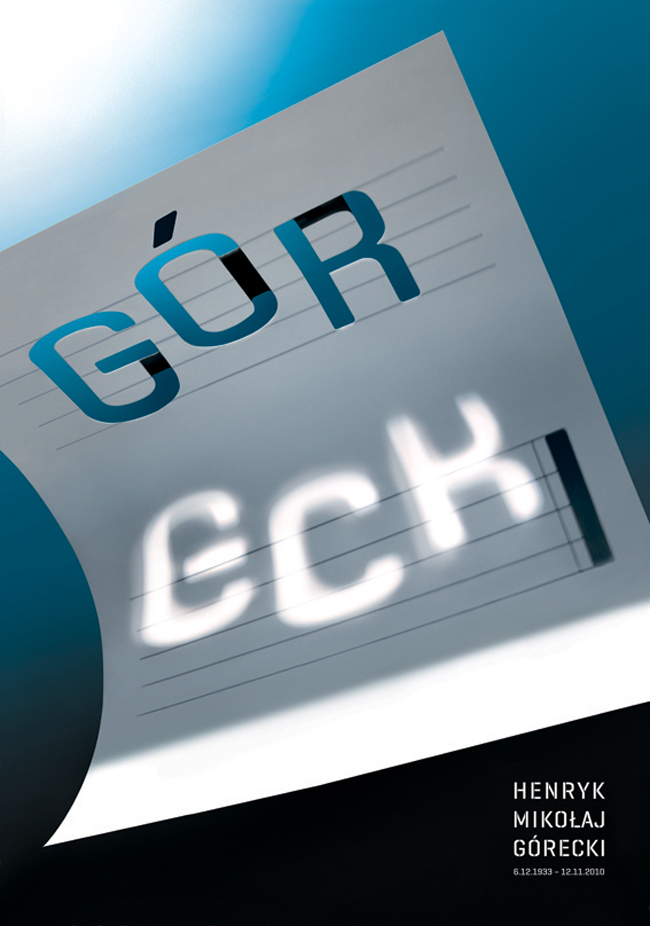 I designed it for a competition commemorating Henryk Mikołaj Górecki. Digging deeper into his biography and work, I thought that using light seemed a perfect fit to show his approach. As in my other posters, I was trying to use as little graphic design means as possible, so the whole design was based on photography that was retouched. I believe this gives the viewer the sense of something physical that wasn't created in a computer program from start to finish, even if the photography is modified to some extent.

Light became a material building the whole structure of the poster. The idea came to me after analyzing the shapes of the letters in composer's last name. It was possible to create a message of the light going "through" the name of the composer and therefore create notes on the musical staff.

The other thing I wanted to communicate was a metaphor of music coming to existence through the inspiration (that some believe comes from God).

What is spiritual minimalism? How could this phrase translate into visual language?
More coming soon! 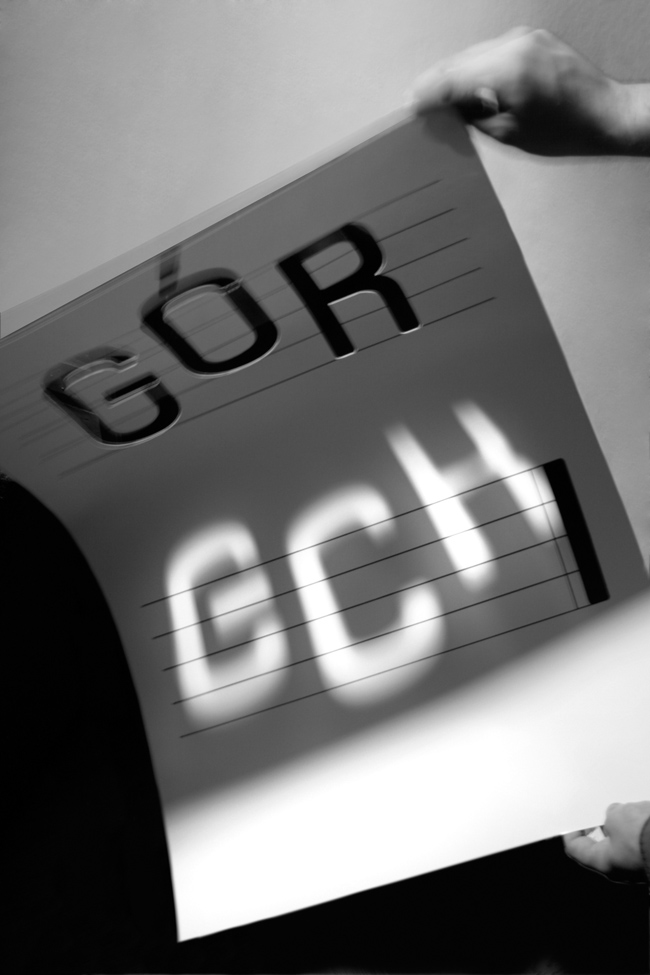 Why so serious? Designers can have fun!

Hello! I've just noticed that most of my recent posts have been strongly focused on design in its pure form. Information design, typography and logo design are things I'm totally passionate about but hey, it's not about being so serious all the time!

That said, let me give you some eye candy: a very special personal project I've been working on for the last two years. Finally, I made my dream come true and it's here, so I'm going to share a little bit of it with you. What's it all about?

Playing with fashion, image and having lots of fun. Ladies and gentlemen, let me introduce... 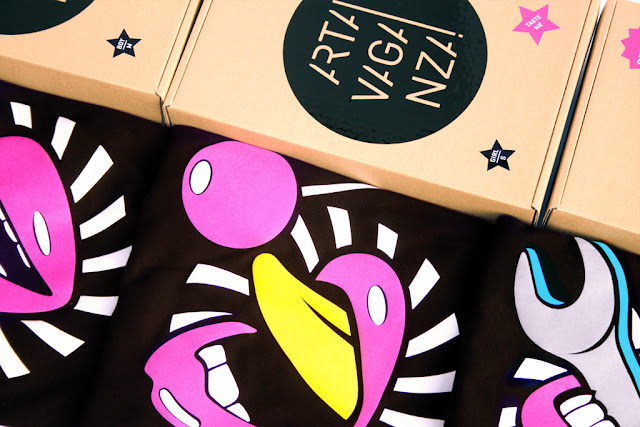 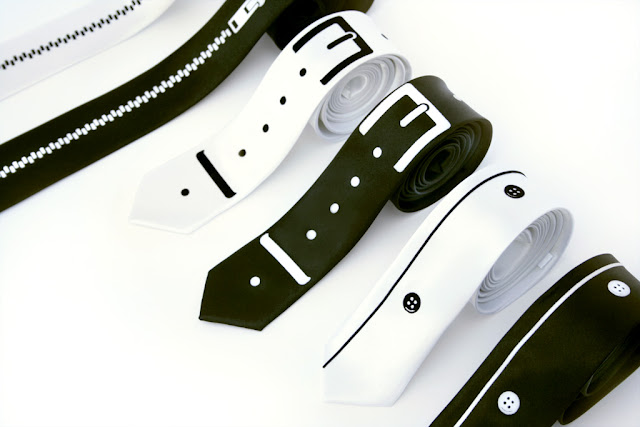 There's more eye candy, so read more after the fold!