This project dates back to the ancient 2008, when I was still a student. I got lucky to work for Fujitsu Poland on designing a series of adverts for Nature Science and a brochure promoting their new software for chemists.

Materials Explorer, as it was called, was meant to be used as a specialistic tool helping chemists model the chemical reactions. And tons of other things I had no idea about.

I was not the only one working on this project. Actually, I was ½ of the team, the other half was my friend Kuba. You can see his copywriting portfolio here. 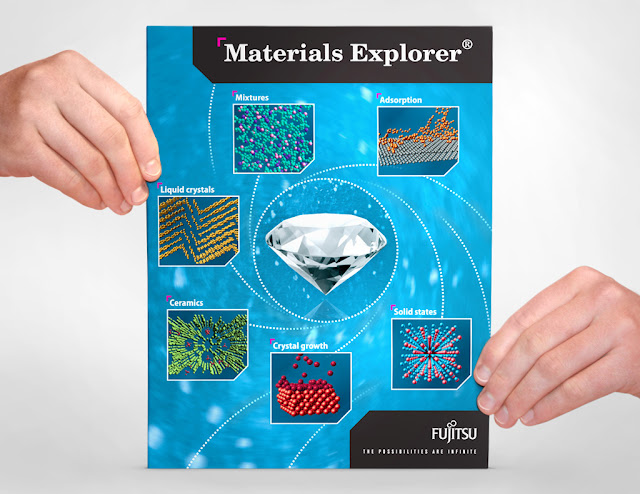 What was our design goal and what have we learnt?
Click to read more!

To start, I think it's safe to say we knew that it wasn't going to be a standard project.
It might have looked easy in the beginning, as we got all the needed materials from the Client. But when we dug deeper into the subject, we found some examples of similar brochures by other companies.

Nearly all of them were horrible. And I'm not talking about the visual side yet. They were actually a total disaster from the functional point of view. Why?

Well, what struck me from the very beginning was the way the data was presented – and remember, these were the information so highly specialized and complex only chemists could fully understand. My lack of chemical knowledge and scientific background was actually a blessing I could use to my advantage.

The other thing was the visual side – most of the brochures I looked through were dull and uninteresting. What I was looking for was something that could make Materials Explorer shine amongst others. Shine.

What makes one of the most resistant material on Earth? What's equally fascinating from the visual and scientific point of view? What's so special in mixing the beauty of human craft and nature's power? 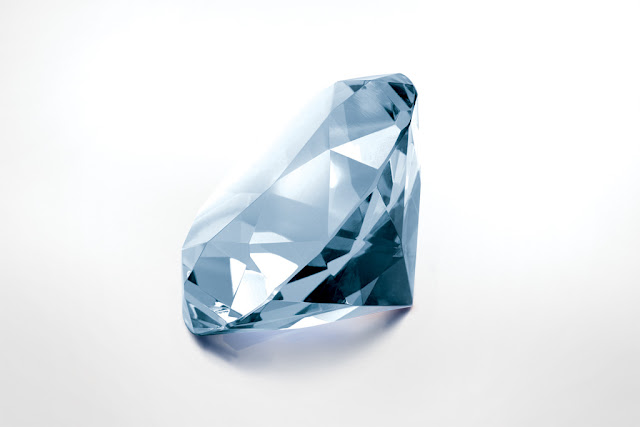 A diamond.
Just a shiny piece of coal. But still evoking so many emotions. Many praised diamonds, some even sung about them. There were even a couple of wars over them here and there.
But! Back to design – what was the goal? 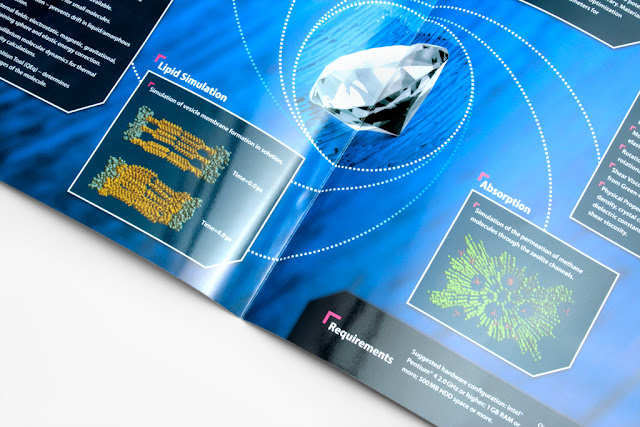 The thing I wanted to achieve in this design was triggering an emotional reaction. I wanted to make the chemists looking at this brochure feast their eyes and start imagining wonders they could do using this exact program. For scientific scientists type, it would still be a good riddle to solve, addressing their professional knowledge of different materials and their properties.

From the less idealistic point of view, I also wanted to make it look easy to use. By dividing the texts into blocks and designing a proper layout, it was easier to distinguish one type of data from another and present the full spectrum of possibilities the program had.

The reason I did it this way was also another design problem there was to solve – the brochure had to be designed both for European and American market. As you probably know, there are different paper size systems used in Europe and the U.S. You can read about them here.

Normally, it wouldn't be such a big deal, but with the enormous amount of information that were to be put there, it provided a nice challenge. On top of that, visual attractiveness was also an important part of my work.

You can see the final effect below: 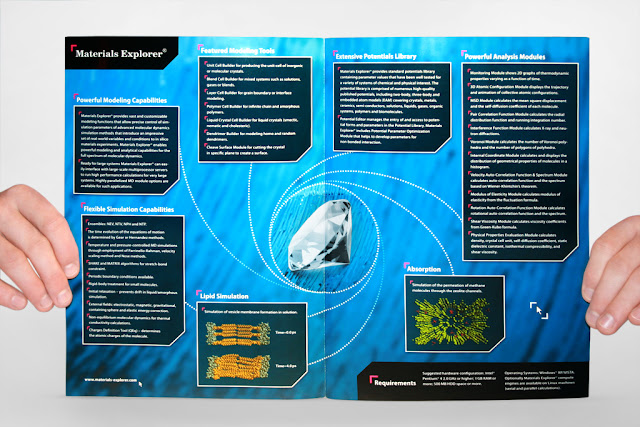 Let's get back to the title of this post – how to start taming the dragon, then?

What's to say for a conclusion?
Well – as for the dragon – being St. George is cool, but I think there are smarter ways than trying to kill these – it's better to tame them :)

I hope you enjoyed reading this and will find my thoughts useful in your own designs, so good luck on your taming attempts and see you in the next post!
By: Unknown